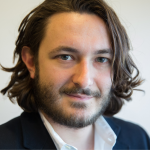 A transatlantic alliance of the world’s financial superpowers has the leverage to shut down this financial infrastructure.

Globally democracy is facing a crisis of legitimacy. A pervasive sense that elites have grown oligarchic and kleptocratic is eroding confidence in democratic governance. The offshore world—the shadowy financial infrastructure of tax havens, anonymous shell companies, barely regulated sectors, and secrecy jurisdictions—has been a key driver of this trend.

From hostile authoritarian regimes to tax-evading Western corporations, the lead actors are all reliant on this financial infrastructure that successive governments have failed to tame. Only through tackling this can the United States begin to restore confidence in democracy at home and to protect it abroad.

But what about the worsening climate crisis, or escalating great power competition? Some will say that, faced with these global challenges, the offshore world should not be a priority. They are mistaken. While many of the threats democracy faces today are in fact multi-generational conditions, the offshore problem is not. This corrosive financial infrastructure is a self-inflicted wound. It was created out of Western regulations and jurisdictions, and it can be de-created the same way. This is a rare item in a President’s inbox in that the United States, together with its closest allies, holds all the cards: Without negotiations with the authoritarian powers, the United States and its allies can impose new rules of the game over the system as a whole.

Washington’s power over global financial flows remains hegemonic, as the Federal Reserve’s role in propping up the global financial system demonstrates. The U.S. dollar makes up over 60 percent of world central bank reserves, and 40 percent of the world’s debt is issued in dollars. But the potential impact the United States could have goes beyond that. The U.S. is not only the world’s leading superpower and regulator of the dollar-based international financial system; It is also home to one of the world’s most important financial centers (New York) and, thanks to the mass production of anonymous shell companies in states from Delaware to Nevada, one of the world’s leading secrecy jurisdictions. By reckoning with its power and correcting its flaws, the United States can play a decisive role in cleaning up the global financial infrastructure, which enables money laundering, authoritarianism, tax avoidance and kleptocracy.

To achieve this the United States should reach out to the European Union and the United Kingdom. In the third quarter of 2019, 88.3 percent of global foreign exchange transactions were in dollars, 32.3 percent were in euros, and 12.8 percent were in pounds sterling. (A single currency transaction can involve multiple currencies.)  Together these three powers control the key trading, regulatory, and fiscal nodes of the global financial system.

And the potential leverage these three powers wield is considerable. The European Central Bank is the world’s second-most influential central bank, and the euro is the world’s second-largest reserve currency after the dollar, with over 20 percent of global reserves. Regarding trade, the European Commission has shown itself to be capable of exerting a globally influential regulatory role. When it comes to international financial regulation, Brussels has shown itself capable of imposing its norms and regulations on its trade partners in exchange for market access. Furthermore, the bloc contains not only the world leading financial centers of Paris, Frankfurt, and Amsterdam but also some of the world’s most notorious tax havens and secrecy jurisdictions. The Tax Justice Network lists the Netherlands and Luxembourg as two of the worst offenders. Germany, Ireland, Sweden, Denmark, Austria, and Cyprus all operate what amount to tax havens. A major agreement with the United States for regulatory alignment, fair taxation, and an end to financial secrecy could have a system-wide impact.

It is vital that such a transatlantic partnership also involve Britain. Despite Brexit the United Kingdom remains a financial superpower, thanks to two factors: London’s role as a critical node in global finance; and the pivotal role in the offshore world played by a dozen UK Overseas Territories, from the Channel Islands to the Cayman Islands.

Britain has untapped potential as a global financial regulator. Not only is London by many metrics the world’s leading financial center; it is also a critical node of global financial architecture, home to more than 500 banks, including over 250 foreign ones. This cluster has seen Britain come to play a dominant role in such key financial markets as foreign currency trading, derivatives trading, cross border bank lending, and insurance trading. London’s role in these markets is enormous: The UK is the world’s largest foreign exchange market; nearly twice as many U.S. dollars are traded in the UK as in the U.S.; and more than twice as many euros are traded in the UK than in the Eurozone. The value of international bonds in the UK—at over 3.2 trillion pounds (or U.S. $4.2 trillion) is greater than anywhere else on earth. Britain’s capacity for regulatory influence is immense.

Beyond London, the role of Britain’s Overseas Territories and Crown Dependencies, most of them effectively offshore financial centers, is central to this global system. The Tax Justice Network has routinely ranked UK territories—the Cayman Islands and the British Virgin Islands—as some of the worst offending secrecy jurisdictions, where wealth is routinely hidden in anonymous shell companies. British territories thus play an enabling role to grand corruption of the kind that undermines democracy both at home and abroad. A Transparency International study of 237 corruption cases over the past 30 years found that 232 involved corporate entities in the British Virgin Islands, 32 in the Cayman Islands, and ten in Bermuda. (A single case can involve multiple jurisdictions.)

For decades London has ignored its regulatory role over these key nodes of the offshore world. However, the July 2020 announcement that eight British territories—excluding the British Virgin Islands—will be implementing beneficial ownership registries by 2023 shows that the UK is beginning to rethink its role. A bold move from the United States, bringing the UK into close cooperation to dismantle this secrecy infrastructure, would be politically well timed and likely well received.   The United States, the European Union, and the United Kingdom should act swiftly to translate their collective hegemony over the global financial system into positive systemic change. This alliance should work to transform the system from an enabling structure for global oligarchy, tax avoidance, and authoritarian influence into one that is safe for both democracy and plentiful tax revenues. Governments in Washington, Brussels, and London should seize this moment. If they do not act fast enough, the financial system will evolve in ways that make it even less amenable to regulation. For the sake of democracy, the West can ill afford to wait.

A transatlantic alliance of the world’s financial superpowers has the leverage to shut down this financial infrastructure.