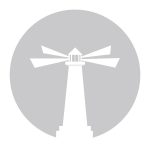 In September, the International Consortium of Investigative Journalism (ICIJ) and Buzzfeed News commenced a series of stories based on a trove of secret documents, apparently leaked from the U.S. Treasury Department’s Financial Crimes Enforcement Network (FinCEN). The documents, according to the ICIJ, show that major banks have “defied money laundering crackdowns by moving staggering sums of illicit cash for shadowy characters and criminal networks that have spread chaos and undermined democracy around the world.”

Most of the leaked files are Suspicious Activity Reports (SARs), which banks are required to file with FinCEN whenever they notice...well, suspicious activity. Because transactions in U.S. dollars—even ones occurring overseas—typically require a U.S. partner bank, even transactions abroad are reported to FinCEN.

The revelations contained in the FinCEN documents should be sounding alarm bells across the U.S. foreign policy and national security community. Yet thus far they have passed largely without notice, save for corruption watchers and a smattering of news outlets. The files only scratch the surface of what we call “strategic corruption,” a phenomenon that represents a grave and growing threat to the foundations of American strength and legitimacy.

The national security community is (rightly) worried about the growth in Chinese military power and provocative moves like its construction of military-use islands in the South China Sea. However, it has largely ignored a major means by which China projects its power around the world: illicit cash. Likewise, policymakers are rightly concerned about Russian meddling in America’s elections, yet they have glossed over the fact that Russian President Vladimir Putin and his cronies use the funds they hide through international money laundering to enable their country’s disinformation and cyber-intrusion campaigns. And even North Korea and Iran hawks, who advocate tough economic sanctions against those countries, have largely failed to note that the international banking system facilitates the evasion of those sanctions.

Most troubling of all, American and Western banks, lawyers, and image-makers are the ones enabling much of this activity. In the 20th century, Swiss bank accounts were the clichéd hiding places for the ill-gotten wealth of criminals and fugitives. In the 21st century, they now need only register an anonymous LLC in the United States and hire a team of American attorneys and public relations firms to silence critics and burnish their image as global statesmen.

Imagine if, during the height of the Cold War, representatives of Soviet KGB chief Yuri Andropov strolled down K Street in downtown Washington, DC, to shop for a lobbyist, a PR agency, and a lawyer. Putin and his associates have done just that. And China’s state-backed technology company Huawei has paid Americans almost $3 million dollars—legally—to lobby Washington at the same time that our government was trying to convince our allies of the danger of Chinese strategic espionage originating from the company and its products.

This is more than just a criminal justice problem or a problem for the rich; it is a national security problem of growing urgency. Authoritarian leaders that view the United States as a rival are using corruption not just to line their own pockets but to corrode Western democracy from within. Their corruption has a strategic purpose: to diminish Western faith in rules-based capitalism, to exacerbate inequality, to chip away at the legitimacy of our institutions, and, of course, to provide a back door allowing our adversaries to meddle in American politics.

There is evidence that their efforts are bearing fruit. People are losing faith in the rule of law. Globally, confidence in democracy has plummeted, and there are more Americans dissatisfied with democracy than satisfied with it. Young American adults, meanwhile, view socialism about as favorably as capitalism.

FinCEN, whose mission is to “safeguard the financial system from illicit use,” is woefully under-resourced to address a problem of this scale. The bureau has a budget of just $118 million and 300 employees to regulate the U.S. financial industry’s interface with the offshore financial market, home to Russian oligarchs, Chinese spies, North Korean and Iranian sanctions evaders, and trillions of dollars. To be sure, various intelligence organizations, bank regulators, and the Justice Department’s Southern District of New York also play a role in monitoring and enforcement, but none of these organizations, including FinCEN, are anywhere near sufficiently sized or staffed to meet the challenge.

There are four steps the United States must take to grapple with the threat of strategic corruption.

First, the West must recognize that this is a first-order security problem that threatens our way of life. Doing so would mean, among other things, shifting some spending away from things like bombing terrorists or preparing for a “hot” war in Asia and toward the elimination of corruption.

Second, Westerners must realize that the solution starts at home. New York and London, not Zurich or Geneva, are now the global capitals of dirty money. The United States is the easiest country in the world to hide a company’s beneficial ownership, as shown by this investigation, about the Ukrainian oligarch who became Cleveland’s biggest slumlord.

Third, American policymakers must understand that corruption is a classic twenty-first century problem, because the policy remedies often have domestic solutions, like banking regulations or seizing corrupt assets. Fighting strategic corruption will also require financial literacy from more than just the Treasury Department. Both foreign and domestic agencies must be part of the solution.

Lastly, we need to stop thinking of corruption as just a good governance issue— something for the international assistance types, or the State Department’s alphabet soup of functional bureaus, to furrow their brows over.

The good news is that the policy solutions that could strategically disable Moscow or Beijing are the same ones that many have advocated for years to fight inequality, white-collar crime, bribery, and simple money-laundering. Confronting strategic corruption is also a politician’s dream issue: a populist domestic platform that tackles inequality, puts corrupt bankers and fat cats in jail, is hawkish on China and Russia, and helps demilitarize American foreign policy.

When democracy faced off against communism during the Cold War, the threat of nuclear annihilation kept us up at night. Likewise, today’s authoritarians are wielding a weapon—strategic corruption—that also poses an existential threat. It is long past time we lose some sleep over it.