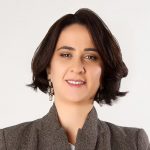 In Georgia, de-creating the offshore industry is the key to breaking up oligarchic control.

Offshore companies are one of the most important, if not the only, way for businesses to acquire investment capital in Georgia. Between 2010 and 2018 Georgia received more than $5 billion in investment from offshores. The Finance Minister of Georgia has even admitted that up to 70 percent of this investment from offshores is comprised of money that actually originated with Georgian investors. (Source: Transparency International; IDFI)

The reasons for passing investments through offshores is clear enough: to avoid taxes, to conceal the identities of the real investors (for example, government officials), or to mask the true origins of the money (for example, Russia). Today, about 3,000 companies are registered in Georgia that are either entirely or partially owned by offshore companies. The only sector from which offshore companies are legally banned from participating is television, and even there, the official owners of television companies have changed, but the advertisers who buy airtime on these networks continue to be owned by offshores. It should come as no surprise, then, that Georgian names are very well represented in the Panama Papers and Paradise Papers.

Offshore activity is not a recent phenomenon; it was quite prevalent under the previous government too. In Georgia, offshore companies own large enterprises, including so-called natural monopolies such as GWP, the Georgian water supply company. Many large-sized companies are owned in Georgia by citizens of Russia through offshores—for example, thermal and hydro power plants, companies operating in the fuel market, the telecommunications company Beeline, and precious metals mining companies such as RMG Gold and RMG Copper. The latter two companies are often linked to Russian citizens, as well as allegedly to Georgia’s major oligarch.

The strict secrecy measures surrounding offshore companies mean that it is very difficult for the handful of nongovernmental organizations dedicated to reporting on offshores to know what is going on, but thanks to their work some eye-popping statistics have come to light. For example, according to several studies, nine offshores and more than 70 companies are directly linked to a single oligarch. These companies are key investors, participate in state procurement projects, bankroll political parties, and advertise on television. In short, they manipulate the business and political climate in Georgia from behind a veil of secrecy. Such a state of affairs has obvious implications for the healthy functioning of a democracy. To be sure, there are regular elections, but the political arena remains heavily influenced, if not outright controlled, by a relatively small number of deep-pocketed individuals who conceal their activities behind an offshore veil.

There are no easy ways to break this system. One possibility is to strengthen laws mandating the disclosure of the true owners of offshore companies. Realistically, this will not happen on a domestic level in Georgia. The offshore problem requires a coordinated response by the world’s leading democratic countries against oligarchic governance.

In Georgia, de-creating the offshore industry is the key to breaking up oligarchic control.