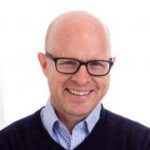 The key to fighting offshore havens lies in explaining to voters how they economically cripple the countries that host them.

The way to defeat crooks is not to join them but to fight them relentlessly, to fight without mercy or quarter.

Those words, uttered by U.S. Congressman Wright Patman in 1967 in his fight against gambling lobbyists, could just as easily be applied to the scourge of tax havens and their private-sector enablers and clients.

Sadly, the world’s richest countries have preemptively decided they can’t beat the offshore crooks, and so have instead joined them. We don’t crack down effectively on offshore whorehouses because, as tax expert Lee Sheppard once put it, “the town fathers are in there with their trousers around their ankles.” Making things worse, rich countries have engaged in a race to the bottom to attract the world’s mobile financial capital and its richest people by offering tax cuts and loopholes, oligarchic laws on family trusts, secrecy facilities, and more.

As a result, the three worst players in the offshore system today are probably Britain, the U.S., and Switzerland. (Nearly all the other significant havens are rich countries or satellites of rich countries.)

This is where power resides—so this is where the fight must succeed. And that’s a problem.

Most people love the idea of cracking down on foreign tax havens, which harm their own country by helping domestic criminals and tax cheats. But if your country is the tax haven, vacuuming up the world’s dirty money, that’s different. Sure, we hate it that poor countries get looted but, hey, it’s flowing into our financial system, and, well, we like the money! Let’s join the crooks and discreetly get rich! That, alas, is no formula for a crackdown.

Happily, we can cut through this challenge.

First, reframe the problem not as a geographical fight between countries, but as a global battle pitting ordinary hardworking folk against a rootless, law-avoiding global elite and their “enablers”: bankers, law and accounting firms, real estate agents, and family offices that protect their wealth. Don’t target the tax havens, so much as go after these private sector enablers and clients.

Second, tax authorities, financial regulators, and law enforcement agencies have been gutted since the 1980s, in country after country, in the name of “efficiency.” The explosion in tax cheating, financial shenanigans and organized crime is the (inefficient) result. Reverse the cuts, and tackle the predators. These measures will pay for themselves, many times over.

Third, take on the concept of the “finance curse:” When a financial sector grows too large, it harms the country that hosts it. Those inflows of dirty money into the U.S. and Britain may make a few “enablers” rich—but overall they make those countries poorer.

How so? Most obviously, through abetting kleptocracy and its insidious influence. David Marchant of Offshore Alert said that when he sees titles like “Lord” or “Sir” in an offshore structure he is investigating, he treats it as a red flag. This illustrates how thoroughly offshore finance has corrupted British elites. One only has to say “Trump” or “Manafort” to see the same in the U.S.

But the finance curse and those inflows of dirty money also inflict other wounds. They foster steeper inequality and make housing unaffordable.  As financial inflows push up local price levels, exports are hurt. They lead to a “brain drain” of talented people out of civil society, government, and private sector industries and into finance. These people, who might have discovered a Covid-19 vaccine or helped build a better health system, are instead devising devious tax schemes to help Amazon cut its tax bill or cooking up secrecy laws for organized criminals.

In fact, a swathe of academic studies from the International Monetary Fund and many others in the past decade shows the harm clearly: Countries like Britain or the U.S., which have oversized financial sectors relative to their economy, suffer lower economic growth. Too much finance can make you poorer. In other words, get rich by stopping the inflows and shrinking the financial sector.

Here lies a magic formula for a proper crackdown. Once people see that these inflows of money looted from poor countries flowing into their country hurts them and their country, they will demand that we stop joining the crooks, and fight them at last.

The key to fighting offshore havens lies in explaining to voters how they economically cripple the countries that host them.