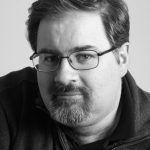 No country has used offshores more than Russia. In many ways, offshore companies have become integral parts of the Russian economy. After all, Russia was, if not the inventor, then the biggest user and popularizer of Laundromats, the all-purpose financial fraud vehicles used to launder money, evade taxes and currency controls, embezzle funds, bribe officials, and hide assets. Laundromats are themselves nothing more than a series of bogus offshore companies with bank accounts used to generate false trade.

How big is the problem in Russia? A quick look at a table of foreign direct investment shows that the offshore financial hubs of Cyprus, Luxembourg, Bahamas, and Bermuda make up four of the top five investors. Few sensible business leaders would ever invest large sums of money in a country where rule of law is a political consideration and there is no way to protect your investment. Since it’s unlikely those countries are actually investing in Russia, it’s fair to say most of this money is just round-tripping—that is, stolen or hidden Russian assets coming back to Russia in the guise of foreign investment.

In Russia, the most popular usage of offshores is in the evasion of customs and value added taxes (VAT). A businessperson seeking to import goods to Russia must pay up to 30 percent in customs fees, depending on the goods, and 18 percent for VAT plus other fixed fees. Offshore companies can be used to avoid some of these taxes, giving that business a advantage in the marketplace. Indeed, so many people are avoiding these taxes or engaged in outright smuggling that in Russia one does these things not so much to gain an advantage as to avoid being at a severe competitive disadvantage.

Another common usage of offshores in Russia is for income tax evasion. For example, your company makes $5 million in profits for the year. In December, you decide you need a “brand awareness study” or a “strategic plan.” You pay out the $5 million in profits to a Bahamas company to do the study. What tax officials don’t know, however, is that the Bahamas company is really owned by you, and now you’ve moved your money into a tax-free zone, where you can use it to buy London property, invest in U.S. hedge funds, or bring it back as a fake foreign investment. Meanwhile, your company has eliminated any taxable profits.

The losers in these schemes are ordinary citizens, who pay regressive sales taxes and who rely on chronically underfunded pensions and investments in infrastructure, health care, and schools. The winners are the wealthy, and the lawyers they pay handsomely to set up their offshore structures.

The other serious problem with the offshore system is that it hides who really owns Russia. Putin has set up an effective kleptocracy in which only loyal businessmen receive government contracts, monopolize industries, and are allowed to privatize or exploit state-controlled resources. In return, as shown in the Panama Papers and Troika Laundromat projects, payoffs go back to Putin’s oldest friends (presumably held on his behalf) through faked contracts. This politically monopolized economy means that not only does Putin own the government; he owns large tranches of the economy. But nobody really knows how bad it is because of the anonymity of asset ownership. As in Azerbaijan and other autocracies, it could be very significant—perhaps more than half of the economy. This has led Russia to suffer from many of the same ills as it did in the communist period: poor income growth, stagnant businesses, high costs, and no foreign investment.

In the end, how Putin managed to re-create a moribund economy and national poverty in a little over a decade is a question that will be studied for a long time to come.