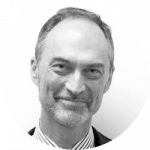 Financial secrecy has become so detrimental to global governance that the system enabling it—offshore—must be dismantled.

We created this system, and we can de-create it.

In the meantime, following the advice of the late Robert Morgenthau, legendary New York County District Attorney, we can make a huge dent in this problem by simply enforcing our laws already on the books—enforcing them vigorously, with the IRS beefed-up, and the FBI’s resources massively reinforced.

In a private meeting in 2010 with Jack Blum, Raymond Baker, Tom Cardamone, and me, Morgenthau said to us: “If we enforce the laws already on the books, we can deal with 80 percent of the problem.” The gutting of the IRS—in particular, the disbanding of its already meager capacities to investigate complicated offshore structures (yes, you heard that right, disbanded)—was an irresponsible political act of the highest order. Restoring the IRS, enhancing the FBI’s capabilities: Top Priority. Restore, and build beyond to establish top-gun teams that work in coordination with “rest of government.”

The security threats from authoritarian and kleptocratic regimes have undermined our National Security, and these hostile regimes use the offshore system to move money, and safeguard that money, until needed for hostile activities that undermine our governance and freedoms. Freedom and democracy and under attack from these stashes of stealth wealth in our midst. We must root them out, and the only way we can decisively do so is to de-create the system they use.

And global criminal networks, as well as wealthy individuals and families seeking to evade taxes, massively use this offshore system, with $50 trillion or perhaps more stashed offshore, free from government oversight.

HOW SERIOUS IS THIS PROBLEM AND WHY SHOULD WE CARE?

Around the same time as our meeting with Robert Morgenthau described above, my same colleagues and me -- Jack Blum, Raymond Baker, Tom Cardamone – were received by John Kerry in his Senate office regarding his long-standing interest in matters related to “offshore.” At one point, he looked at the ceiling, sadly pensive, and said: “Yes, it’s a threat to civilization itself.”  Those were his exact words.